What A Wonderful One World Week 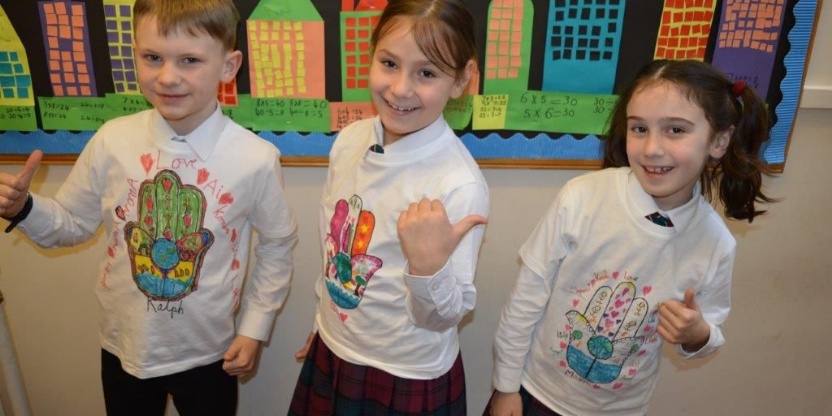 Appreciating other faiths, understanding other cultures and considering how we can all build a better world were the key messages of Crackley Hall’s 'One World Week'. Held just after half term from Monday 24 to Friday 28 February, each year group studied a different faith. Junior 6 took on Sikhism, Junior 5 explored Islam, Junior 4 reflected on Buddhism, Junior 3 learned about Judaism, for Junior 2 it was Hinduism and for Junior 1 and Reception it was Christianity.

The week began with an inspirational assembly from RE Co-ordinator, Susanne Jackson-Mayne. She challenged the children to undertake random acts of kindness to help us all build a better world.

As well as exploring the different faiths in the classrooms in their English and RE lessons, most of the year groups also had the opportunity to take a trip out to enrich their learning on the faith.

Pupils in Reception visited St Augustine’s Church in Kenilworth whilst pupils in Year 1 visited St Mary’s Church in Warwick, there Junior 1 made brass rubbings and studied the stained-glass windows.

Junior 2H and 2M studied Hinduism, they tried on traditional clothing, ate traditional spicy foods and learned why the celebration of Diwali takes place. They learned about Diwali and the story of Rama and Sita and their adventures with a ten-headed, twenty-armed monster called Ravana. The children also experienced Mehndi tattoos and found out how families celebrate and worship.

Junior 3 had the chance to visit the West Midland's oldest functioning Synagogue, the Singers Hill Synagogue in central Birmingham. During their visit the children learned about the importance of the Torah Scrolls, the holiest book in Judaism, the main Jewish festivals such as Passover and Yom Kippur and Jewish symbols such as the Star of David.

Junior 4 visited the Vihara Peace Pagoda in Birmingham. There the children learned about the principles and beliefs of Buddhism, that what Buddha taught is the foundation of how to comprehend the reality of nature and the world, rather than the questioning of who created it and why. They learned that Buddhism is a way of life.

Junior 5 visited Birmingham Central Mosque for a demonstration of the call to prayer, and wonderful and insightful instruction on the religion of Islam, they also enjoyed a tour of the study and social areas of the mosque.

Junior 6 pupils visited the Leamington Sikh Temple where they found out about the history of Sikhism and that the religion preaches that people of different races, religions, or sex are all equal in the eyes of God.

On Ash Wednesday pupils participated in a Mass led by Junior 3 considering how we can use our time for others.

This year One World Week has coincided with Fair Trade fortnight so the children also explored how Fair Trade makes for a fairer world and how the choices they make can support the wider world and the environment. The children decorated organic and Fairtrade cotton t-shirts, provided by the PTA, on the theme of One World. Pupils chose a relevant quote from the Bible to show that the scripture has relevance for today’s world.

To mark the end of One World Week pupils at Crackley Hall joyfully sang Ode to Peace in today’s Celebration Assembly. They all wore their One World decorated organic and Fairtrade t-shirts.

It has been a busy week for pupils who have really enjoyed exploring other faiths and the school trips and activities have helped to bring those studies alive.