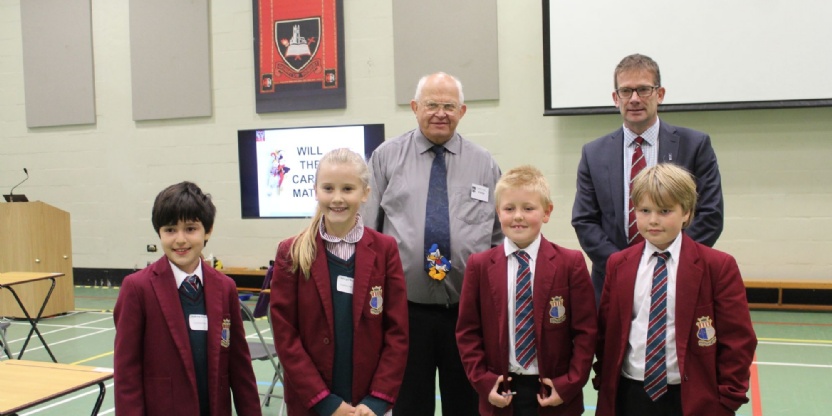 Crackley took two teams of two to compete alongside 18 pairs of enthusiastic and very talented mathematicians from nine local schools, the pupils took part in a series of puzzles against the clock.  In five eight-minute rounds the children tackled Tangram Triangles, Broken Calculators, Domino Jigsaws, Card Order and Curly’s Cycling Circuits, before finishing with a bonus round of five final mathematics questions.

Ably supported and marked by a team of Princethorpe’s Year 10 pupils, the competition stretched and challenged the children with mathematical activities that required both reasoning skills and mathematical knowledge.

The event was huge fun for all who took part and everyone who participated received a certificate and a special Princethorpe cookie.

Mrs Cowlishaw, who accompanied the children, said, “The children had a great time and really enjoyed putting their maths skills to the test.  Well done to them all, they made Crackley Hall proud.”