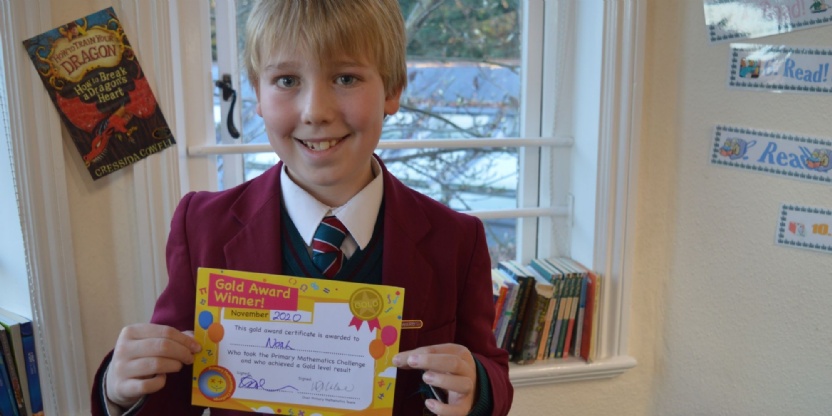 Congratulations to Noah Cowlishaw, Gold certificate winner in the Primary Mathematics Challenge (PMC), a fun and exciting mathematical challenge aimed at pupils in Years 5 and 6.

The PMC is not designed to be just another test in the school year, instead it encourages enthusiasm, boosts confidence in mathematics and shows how questions can be asked in different ways. The problem solving it requires is hugely important as a means of helping pupils develop their reasoning skills.

The PMC helps make pupils think outside the box. The questions asked are not necessarily subjects that have been covered in the curriculum and are not heavily reliant on formal mathematical knowledge, but they can be solved by logical reasoning.

At Crackley this year we had 18 Year 6 pupils and 14 Year 5 pupils take the Primary Maths Challenge.

Many congratulations to the following pupils who were awarded certificates following the challenge:

The Gold and Silver certificate winners have had their scores submitted to go through to the next round.

Well done to all pupils who took part!