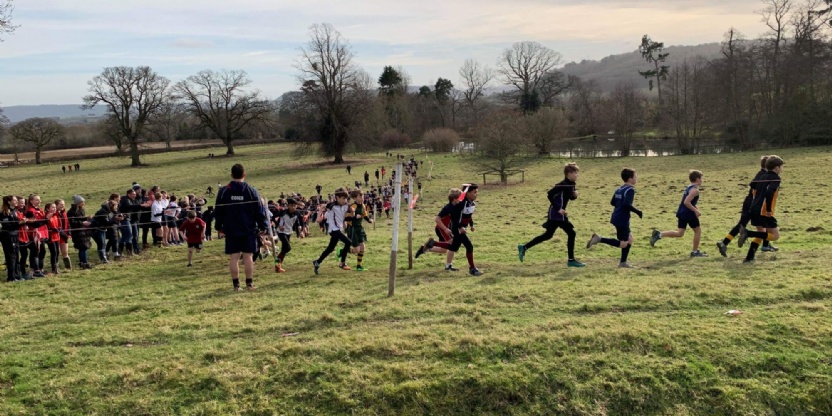 Crackley Hall had its best ever year at the Regional ISA Midlands Cross Country at Bedstone College on Wednesday 5 February with nine pupils finishing in the top 10 for their race and qualifying for the Nationals.

The course was exciting and challenging involving undulating fields, hills, streams, woodland, gravel and even mole hills! The U9 Girls and Boys had a 1500m course while the U11s took on a 1800m course that crossed two streams. There were over 120 children running in each race.

The school took 39 runners who enthusiastically tackled the course's tricky twists and turns with courage and determination.

Nine runners have qualified for the ISA Nationals, and will travel to Worksop College, north of Mansfield, on Friday 20 March. Huge congratulations to Martha, Sam, Alex, Elle, Issey, George, Dexter, Sid and Leonardo.

A special mention must go to George Moreton who stopped to help Sid who had a stitch. He put his arm round him and helped him to carry on until another of our lads passed them. George then asked Sid if it was okay for him to carry on. George went on to win the race and Sid finished third, a fantastic achievement for them both but what is more important was the care and support the boys offered to each other, an example of Crackley Spirit at its best.

Commenting on the event, PE Teacher, Kat Vaughan, said, “As always, the children were exceptionally well behaved, a real credit to the school, and a pleasure to take to the competition.  They were nervous but excited and ran courageously to achieve a superb set of results.”