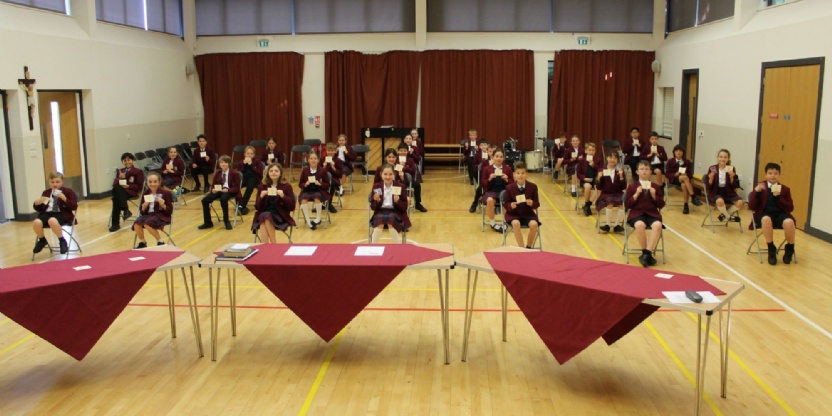 Junior 6 excitedly, and a little nervously, gathered together in the school hall this morning to hear Headmaster, Mr Duigan, reveal the 2020-2021 Student Roles Of Office.

In a special assembly, recorded for parents, who due to social distancing restrictions were unfortunately unable to attend, the new Captains and Stewards were presented with their badges of office.

Mr Duigan spoke about the importance of the responsibilities and encouraged pupils to rise to the challenge of their new roles.

Crackley Hall School looks forward to working with Junior 6 and has no doubt they will be excellent leaders and role models for the younger pupils at the school.

Congratulations to them all.

Appointed this year are: